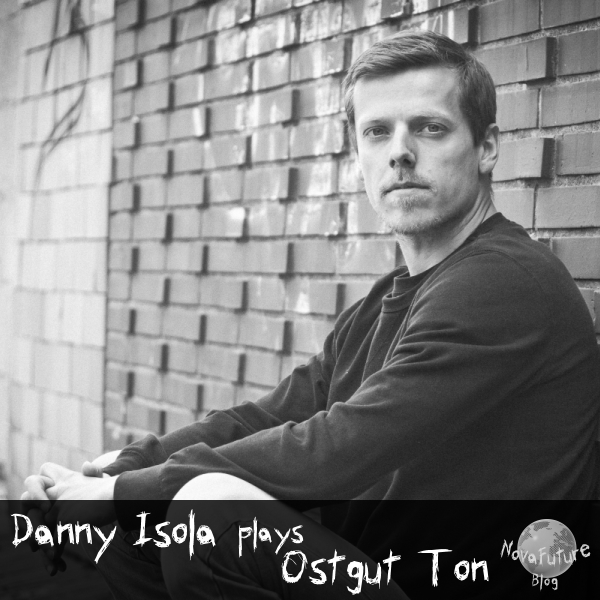 About the concept:
Here is the sixth instalment of our series “abc plays xyz”.

Find links to all instalments at our overview. This time we have Danny Isola with a mix of OTON tracks.

About Danny Isola:
Born and raised between Cologne and Frankfurt, Isola got his first set of turntables at the age of 13, beeing a huge fan of hip hop. Johannes Heils music got him into Techno about three years later and as he started to produce his own tracks, Danny was quick to know that this was more than just a hobby to him. countless hours were spent, creating music, digging for records and defiying a unique style. He played his first gigs locally before he moved to Berlin in late 2011, not able to identify with the possibilities back home. After deejaying in several bars, Isola became a Resident at the ‘Sankt Veit’-Partys playing regularly at both Grießmühle and Chalet. During these two years he was able to play besides Steve Rachmad, Peter van Hoesen, Derek Plaslaiko and lots of other experienced DJs. Thats where lots of experience was gained as it was an important residency, shaping his musical career and giving him the chance to play slots next to artists he admired. After the promoters split up and went separate ways, it was time to move on and to throw partys himself. Isola launched his own clubnight at Arena in late 2016, currently working on upcoming nights and releases on his Label Isolatracks.

About Ostgut Ton:
Ostgut Ton was launched at the end of 2005 as a label that would provide an artistic and social home to the Berghain and Panorama Bar resident Djs and producers. The interaction of club and label has been a very fruitful combination and the unique sound architecture of Berghain especially, has directly left a mark on productions by artists like Ben Klock, Marcel Fengler, Len Faki and Marcel Dettmann. The club serves as a permant linchpin for everyone involved, here all new tracks and records get their first test, the club is the reference. Over the last few years, this constellation brought forward a signature sound, which fortunately didn’t pick up on any recent trends dominating dance music. This sound can best be described as an utterly un-nostalgic take on techno, which has been produced with the experience of techno’s heyday during the 90s still in mind. Although the tempo has been slowed down, it still oozes with vitality.

With releases by Steffi, Nick Höppner, Prosumer & Murat Tepeli, Tama Sumo and MyMy the label also caters for the different shades of house music represented by all the Djs at Panorama Bar. Whether it’s a very personal take on Chicago’s oldschool sound as on Prosumer & Murat Tepeli’s debut album „Serenity“ or MyMy’s contemporary style tailor made for dancefloors, Ostgut Ton hardly knows stylistic boundaries, as long as the music meets the label’s quality standards. Shed’s albums „Shedding The Past“ and „The Traveller“ or Barker & Baumecker’s EPs „Candyflip“ and „A Murder Of Crows“ are excellent examples for Ostgut Ton’s open-mindedness, as these releases draw influences from techno, house, electronica and UK bass music in equal measures. With all sleeves designed by associated artists and friends, there’s a strong visual counterpart to the concept of the club and label.

On the ongoing mix CD series on Ostgut Ton the focus lies on capturing immediate, authentic moments. None of the mixes went thorugh digital post production, as it is the label’s opinion that nothing is more boring than flawless perfection. The early mix by Marcel Dettmann „Berghain 02“ won wide spread, critical acclaim, it contains unreleased material by artists like tobias., Norman Nodge and Shed. „Berghain 02“ was also voted „best compilation in 2008“ at Resident Advisor. The influential Resident Advisor website also voted Ostgut Ton „best label 2008“ and made Shed’s debut album „Shedding The Past“ on Ostgut Ton their favourite album of the year, in 2011 Steffi feat. Virginia’s „Yours“ was voted 6th best track of the year.

Ostgut Ton has managed to foster an idiosyncratic style with an uncompromising and coherent release policy and has become one of the most influential platforms for techno and house today.

In 2009 Ostgut Ton welcomed its first international artist: Luke Slater aka Planetary Assault Systems. After years of relative absence, Slater returned to form with his longplayer „Temporary Suspension“ which was followed by „The Messenger“ in 2011 where Slater came full circle, releasing one of his most rounded albums yet, not only did he stick to his tried and tested techno guns, but he also managed to update his sound for the 21st century.

In times of free podcasts and easily available mixes by almost any active Dj in this world, Ostgut Ton continued to refine its exclusive concept of its mix CD series, „Berghain 03“ by Len Faki, „Berghain 04“ by Ben Klock and „Berghain 05“ by Marcel Fengler all have been accompanied by 12“ releases containing the exclusive tracks from the CDs by some of techno’s most respected and promising artists, the same is true for the house mixes „Panorama Bar 02“ by Tama Sumo and „Panorama Bar 03“ by Prosumer.

Another mix CD released in 2010 „SUB:STANCE“ by Scuba reflects the sound of the SUB:STANCE night at Berghain where Dj and producer Scuba singelhandedly managed to establish dubstep as a force to be reckoned with in Berlin and beyond, artists like Sigha, Shackleton, Surgeon and Joy Orbison feature here.

Apart from always hugely anticipated debut albums by Ben Klock in 2009, Marcel Dettmann in 2010, Steffi in 2011 and tobias. also in 2011, the end of 2010 saw the very ambitious 7LP set „Fünf“ of all exclusive tracks by all of the Ostgut Ton related artists celebrating 5 years of the label, to create the tracks all the artists used an exclusive sound library recorded by Emika inside Berghain and Panorama Bar, where she found a unique sonic world independent of the music played when the clubs are open to the public.

Danny Isola About His Choice:
Ostgut Ton is a Label which managed to release some timeless music and very unique artworks. When you buy a Ostgut-Release, its really a piece of Art! The fusion of Detroit-Techno and Dubstep in some of the early releases made the Label so special to me. I fully started digging electronic music in 2004. As I’m from an Area close to Frankfurt am Main my biggest influences in the beginning where Labels like Datapunk, Kanzleramt and Cocoon.I used to hang with some older guys who showed me lots of 90s Techno and after three years of discovering and learning about club music I came across Ostgut Ton. I was hooked right away. The music on there was so deep and intense! The Releases had a clear 90s Reference but in a very fresh manner. When ”Shedding the past” by Shed was released in 2008, I was blown away and I still am when I listen to this album. It has a certain vibe that will last forever. You can listen to this album in 20 years and it won’t have lost any of its magic. It was this Album that made me want to see Berlin and go to Berghain. In the end it was the ignition for me to move here, thats why its so present in the mix.