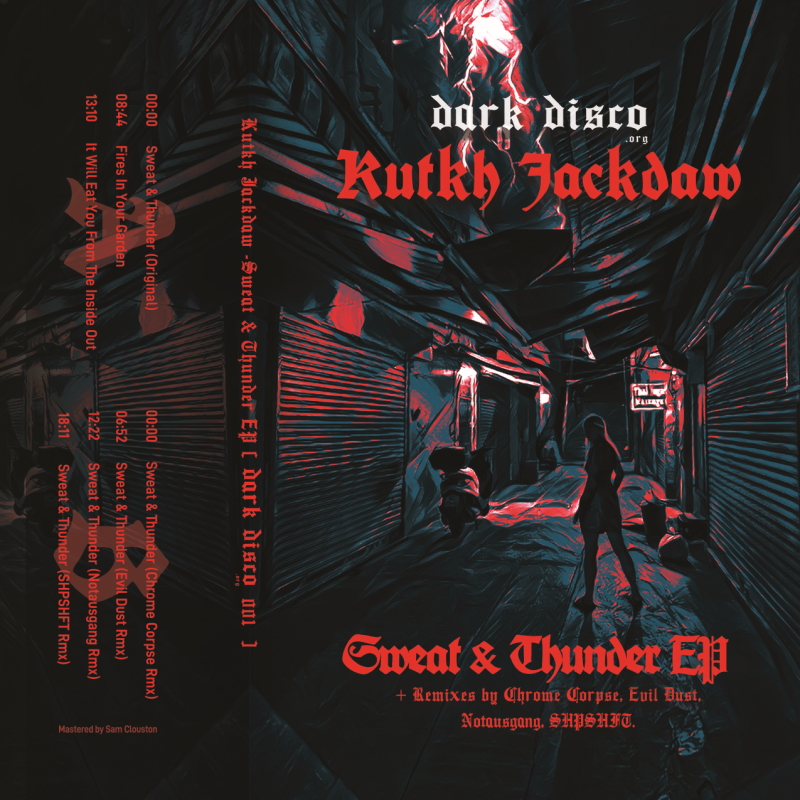 02.
Fires In Your Garden

03.
The Parasite Will Eat You From The Inside Out

Press Info:
Kutkh Jackdaw is a Scottish producer and DJ, now based in Brighton, whose productions take influence from a wide variety of different genres, from post-punk and techno, to EBM, synth and even traditional tribal music and dub. He uses a range of techniques including a heavy use of inventive sampling, combined with extensive use of vintage 80’s hardware. His tracks have been remixed by Evil Dust, Notausgang, SHPSHFT, Drumterror, and Movement, and he has had mixes released on Unmasked Discussion, The Hiddens, and Northern Industrial Movement podcast series.

Notausgang, former guitarist, nourished by the 60′ and 70′ rock and psychedelic scene, who creates with a bunch of old and new synths. Messy and noisy EBM, Techno or Industrial stuff, to rumble your ears, and makes you begging to stop to that musical torture.