Press Info:
KE:NT’s “Mit Liebe Und Gewalt Akt 1″ is the first part of his debut album, which will be released in three acts.

WAHN is an independent record label focusing on a darker narrative in music. We see our music as a purpose in itself, never as a means to mass production. By focusing on each artist in our rooster as an individual, we’re aiming to give them a platform for self exploration and expression, apart from the creativity-blocking uniformation of the industry. On the border to conformism and reason, an artist’s ,,Wahn” can turn into art.

Techno powerhouse KE:NT is ready to unveil the first chapter of his upcoming album!

Divided into three distinctive acts, the debut LP Mit Liebe und Gewalt will be published gradually on the newly formed techno imprint WAHN, founded by KE:NT himself in collaboration with the auspicious duo Earthscape.

The first installment features three idiosyncratic tracks ranging from disordered and unrelenting to outright unsettling and claustrophobic – but always with an unmistaken drive and purpose for the conversant dancefloor.

The record´s atmosphere and pace is deeply rooted in the concept and the perception of both love and violence in their interpenetrative nature. Intimacy and aversion, lust and hostility are identified not as contrasting antagonisms, but rather as coexisting and overlapping entities on a spectrum of raw emotion and calculated delusion.

From the beginning the opening track Tumult conveys a subtle urgency and disunity in the artist´s desire to agitate the listener both emotionally and physically by consolidating rumbling kick drums, subtle vocal snippets and ever-evolving tapestries of sound. Prompting comparisons to the likes of Burial or early Kode9 by not following conventional rhythmic patterns, the piece stands out as both the fastest and the most delicate arrangement on the LP.

Groll advances the disquieting aura and sinister path of his predecessor through its boisterous and top-heavy soundscapes and an unforgiving, cutthroat rumble. Arguably the record´s centerpiece, the continuous synth triplets and hedonistic, self-destructive vocals in combination with heavy, distorted drum patterns amount to a raw and enraging tool for the heavy-hearted, later hours of the night.

Closing the first act is the appropriately named Ekstase. Exemplifying the conceptualisation of the previously established motives, the track intends to delicately balance the apparent desire for affection and crudity, pleasure and pain. Slowly developing strings and obscured piano keys blend in with fast, rhythmical toms and a commanding low-end to leave the listener with a feeling of restless fatigue and a touch of melancholy.

With the album Mit Liebe und Gewalt and consequently the formation of WAHN as an outlet for creative expression outside of restrictive norms and etiquette, KE:NT rejects the attempt to add a sense of meaning to our flawed existence and instead embraces the delirium that is our struggle to be compatible and conscious.

The first act of the LP will be released the 28th of February via WAHN. 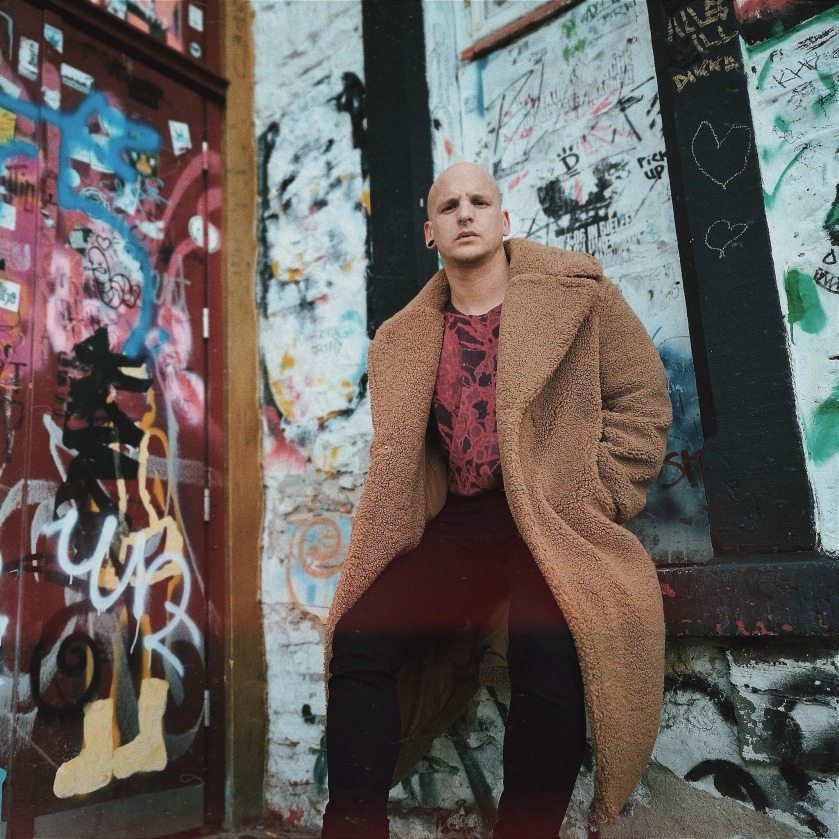