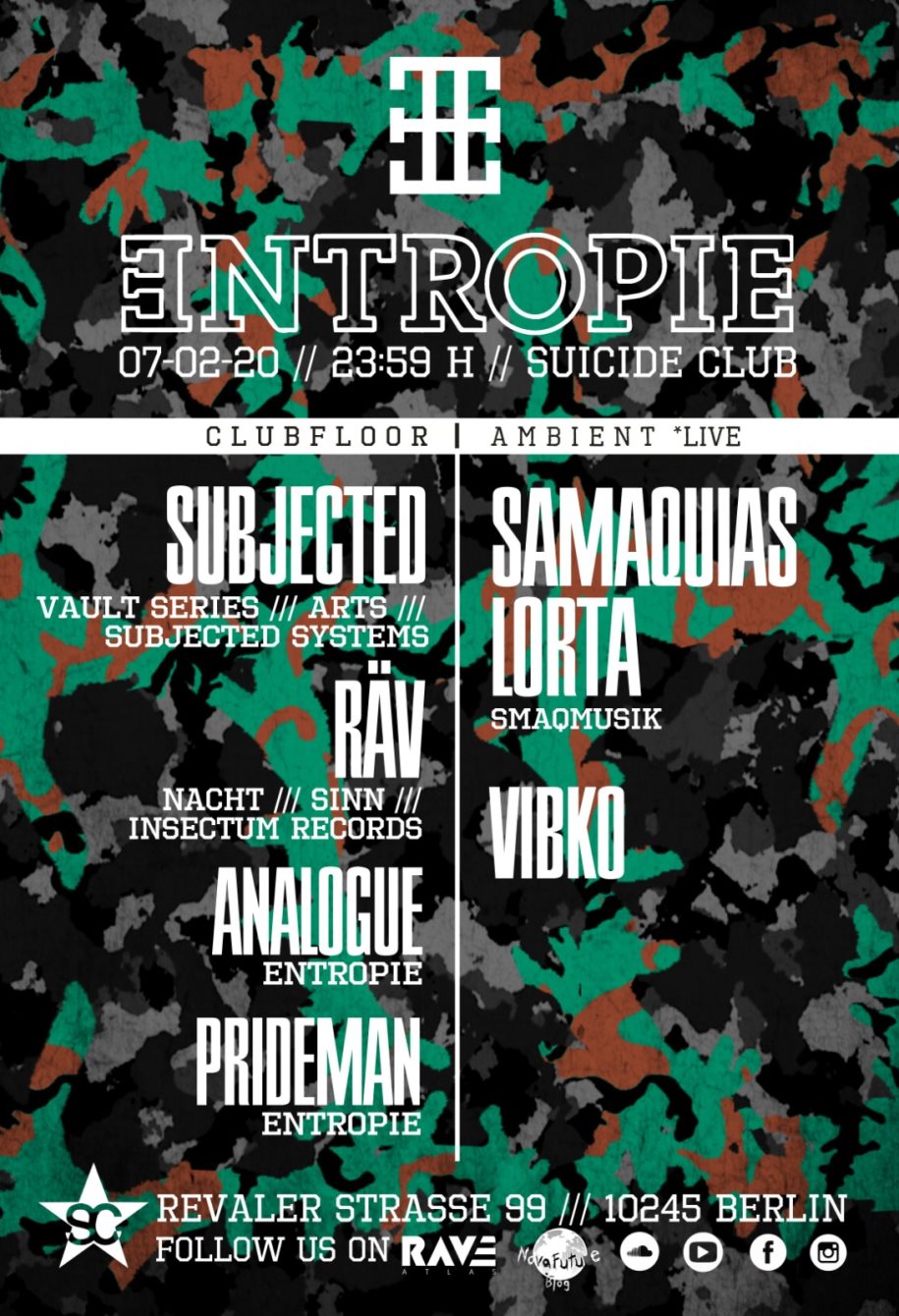 Press Info:
Entropie – the measure of disorder in the system.

Established to break up social structures and against social forces Entropie is the medium for Techno in his raw form. In a world full of rules and prohibitions the darkness is the only place where we can escape from reality. Known for its dynamic atmosphere Entropie stands for a clear, rough & uncompromising sound.

Subjected
Anonymity as a function, mystical without usual clichés. No hiding behind masks, no digging in the past, no techno purism, no strive for fame – SUBJECTED stands for distinctly deep, identifiable techno. Designed in the shadows, to be consumed in the darkness. A label. Music, and nothing more.

RÄV
Born and raised in Italy starts his career playing electronic music like drum n bass and electronic. Over the years he got more and more in the techno scene, appreciating all its facets. He is resident artist by the famous NACHT events in Italy and SINN events Spain.

Analogue
He is born and raised in Munich. Analogue got sucked into Munich techno scene in 1995, by the age of 15. After a few years he left Munich and moved to Karlsruhe.
His interest in djing and organize events was awakened through Munich techno szene, and he got the chance to create something on his own with some fellas in Karlsruhe.
With his start as a resident artist in Gotec Club, Karlsruhe he got also the opportunity to organize a monthly event episode
and to take care of the bookings of the venue for the next seven years. In 2012, he moved to Berlin and founded the label “Vertical Dynamix” and joined the Entropie roster.

Prideman
Born and raised in a suburb of Berlin. His passion is mixing vinyls. He spinned the first vinyl in 2010. Two years later he started to perform in Clubs and Festivals in and around Berlin. So you will get a dark, powerful vinyl set of him.

Samaquias Lorta
Using Electric Cello as the primary voice, Samaquias creates loops that build harmonic and melodic content cascading momentum with field recordings that reflects the fight aginast inner turmoil and trauma simultaneous to motifs that express adversity and perseverance. Synthesizers and MIDI controllers are the electronic elements of his live ambient set.

VIBKO
Is an electronic musician specializing in playing and improvising on hardware instruments. Elektron boxes, a Half Size Haken Continuum and many more wonderful and strange machines go into making the music. His recordings, mostly stems from sessions of improvisation and live looping.

Luca Pintus
His visionary and experimental capacities allow him to abandon traditional methods of musical composition, moving increasingly towards researching the fundamental concepts of sound waves, thus allowing the public to increase the aural perception under different perspectives, stimulating curiosity and inspiration by favoring the art of listening rather than hearing.

Tracks:
Subjected – “Nothing Is Sure” 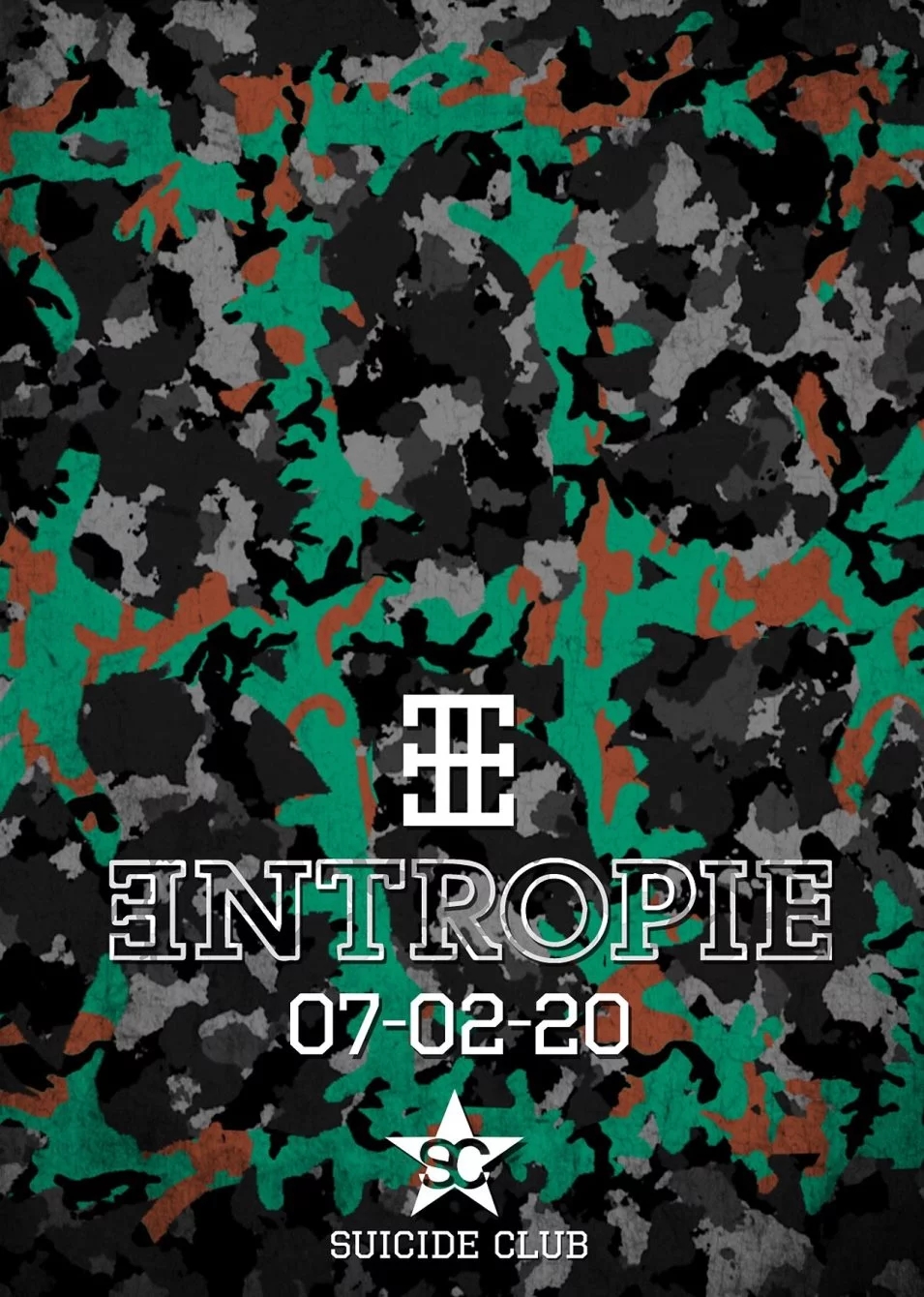