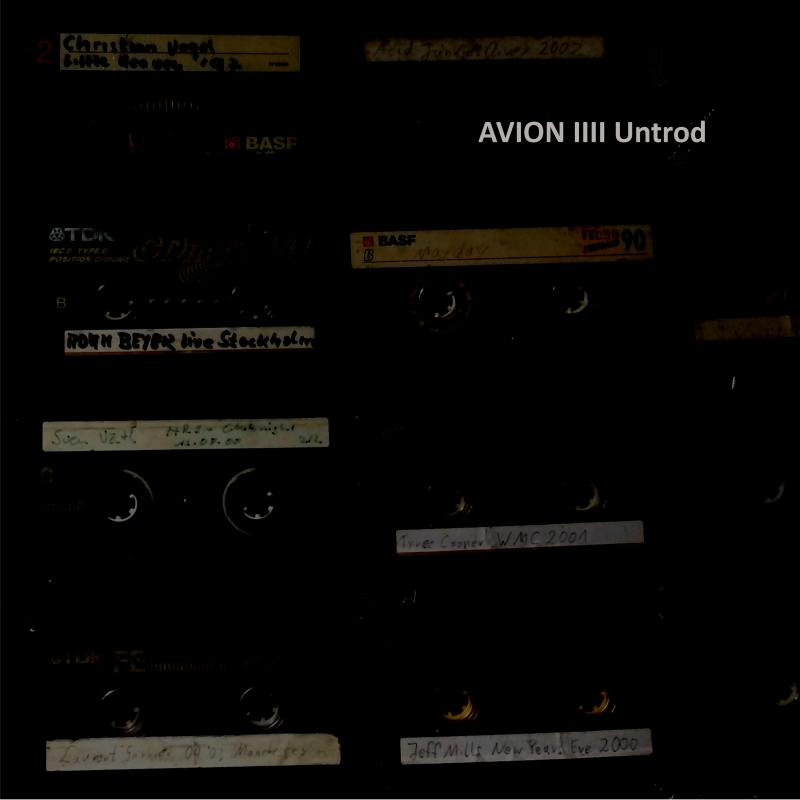 Berlin based producer AVION’s structured techno has found home on respected labels like Index Marcel Fengler, District 66, Stress Research and Pure. However, his own label Crossing – launched in 2013 – has hosted the majority of his work when not releasing music by Pfirter, Doka, The Automatic Message and Milton Bradley (as Doomsday Device). It only makes sense then that AVION’s debut longplayer sees him return to his imprint.

“Conceptional music is something which mostly feels pre-defined. So a concept for ‘Untrod’ never existed. Music and sounds are always a record of a moment which I need to feel again and again while listening. Each track of the Album had to run and pass this test. That’s the main reason why it took more than three and a half years to reach the final goal. It was all about to work out the moment. No matter it was more style of minimalism, abstract feeling or some kind of artistic outbreak. It just had to clearly be me.”

Opening with the ominous heartbeat and metallic drones of ‘New Day’, AVION’s album quickly takes things into a murky analog direction with crackling ‘Errata’ and its twisted effects before ‘Stones’ follows with its offbeat drums as sanguine chords begin to shine through. Syncopated percussion follows with ‘Adamant’ as twisted synths continually sweep, leading into ‘Untrod’ and its scintillating chimes and mesmerising textures.

Squelchy acid licks join otherworldly pads in ‘Scan’ until the dystopian ‘Evasion’ builds in tension as lo-fi drums join oscillating bass. Pitter-patter drums and pulsating stabs are next in ‘Firebox’, making way for the harrowing ‘Street Lights’ that utilizes the ethereal voice of Emika. Finally, ‘Nebul’ provides a shadowy finale with a crystalline aesthetic complete with a cacophony of intricate details.

Special:
“The ‘Shine A Light On’ Mix”

Booking:
Outlined AM for AVION