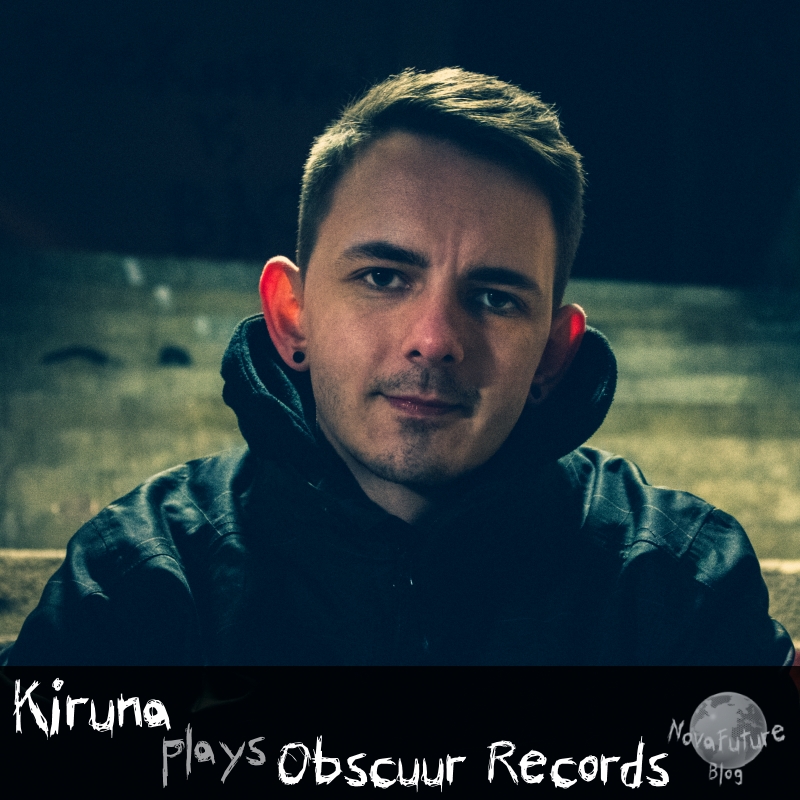 About the concept:
Here is the seventy-first instalment of our series “abc plays xyz”.

Find links to all instalments at our overview. Today we present you Kiruna’s mix of tracks released on Obscuur Records.

About Kiruna:
KIRUNA – currently 27 years old, born and currently living in Augsburg, has found his “musical home” in a number of different electronic genres early on in his life. Not long after coming across his first few Techno events, he eventually met his soon to be crew mates and the future artist collective – FACETS – was born.

Fast forward 1.5 years and KIRUNA can look back on numerous events (and artist bookings like Cleric (CLERGY, Figure) / Christian Wünsch (Polegroup, Tsunami Recordings) his crew and himself realized in their local scene.

Taking a lot from these experiences, from the artists he got to meet, as well as from regular visits to the thriving scene in Munich, KIRUNAs own style developed to consist of mostly fast-paced, raw and Industrial(ish) vibes, while his preference for breaky & trancy tunes diversifies the soundscape he puts to display in his performances and podcasts.

Right now, he stays busy expanding the FACETS collectives’ reach and working on his first few releases, which he expects to put out sometime in 2019. The crew also expects to make a return to organizing events in 2019.

Kiruna About His Choice:
I’ve chosen OBSCUUR Records for this podcast because I think that it’s a label featuring a very individual – sometimes pretty crazy – sound which I’ve known and followed for years now: Ranging from atmospheric tracks, spreading dark and super trippy vibes to releases that surprise you with a set of uncompromising industrial bangers, you might encounter everything and anything in between. Still united by a common “strangeness” throughout that variety, the OBSCUUR discography never falls short to surprise. To showcase – almost – the entirety of their musical spectrum (as well as seeing somewhat of a challenge about making a flowing mix out of this collection which doesn’t necessarily sound very similar most times) I thought: “This will be fun :)”.