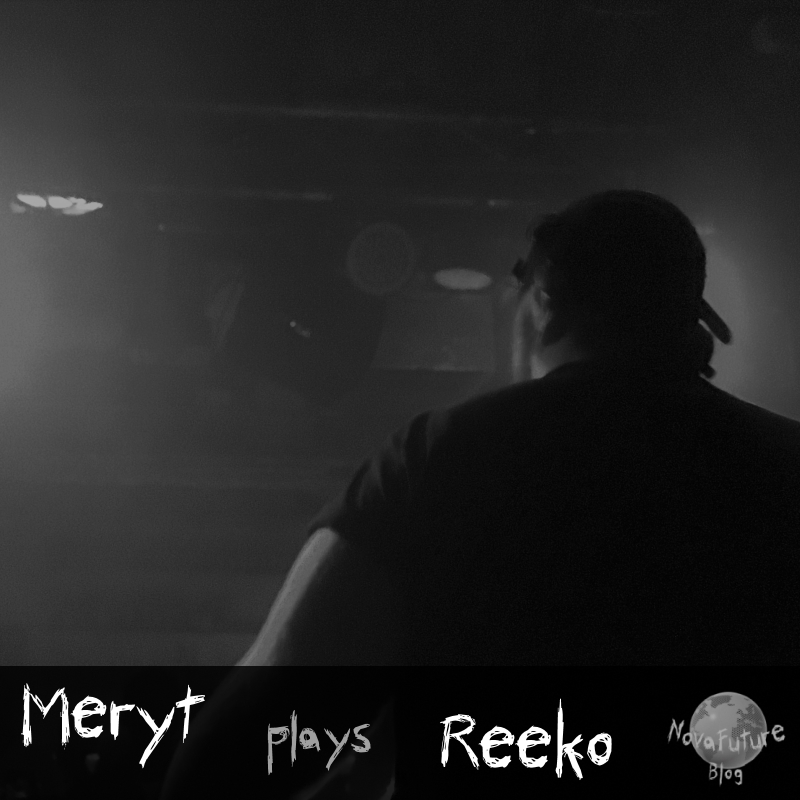 About the concept:
Here is the sixty-third instalment of our series “abc plays xyz”.

Find links to all instalments at our overview. Today we present you Meryt’s mix of tracks/remixes produced by Reeko.

About Meryt:
Matthias Springer aka Meryt is a Dj / Producer from Augsburg and Co-founder (and part) of “Facets” collective. His sets are defined by a unique soundprint inspired by elemental waves in the construction. A deep atmosphere accompanies the hypnotic kick rhythm, Minimalist synth and acid records the sound.

About Reeko:
The biggest challenge a musician or producer of any musical type or style has to face, whether they like it or not, is to see whether their work can create a path that other artists will follow or lay the foundation for the work of other artists. Juan Rico, the Asturian known within the scene as REEKO, is well aware of this.

Born in Oviedo (Asturias) in 1981, Reeko is a dj who has rapidly attained the recognition other artists have taken a long time to gain. In his case it’s not been a matter of chance or coincidence, but the result of his innateand incredible capacity to be prolific, alongside his obsession for perfection. He marks is his birth as a dj about 1997, but it wasn’t until his first release in 2002 under the Swedish label Emergence that he became known professionally.

There is no need to name all the aliases that Juan Rico has used to release the diverse artistic sensations which flow from him, but these are characteristic which define his personality and are a part of REEKO himself. Producing and performing under different names allows him to concentrate fully on each individual event by devoting himself completely to an idea or style to which he is totally faithful, putting aside for a moment sounds andinfluences that don’t belong in the particular character which he is mutating into at the time.

The result is a knock out. Under the name of REEKO he has released huge techno productions which have charted and been played by the best djs in the world, right from the first tracks and EPs for labels as reputable as Theory, Main out, Integrale Muzique, Deafmosaic, Inceptive, Rxxistance, Trece Records, Symbolism, Planet Rhythm, Warm up or Palicavonzvreca.

Reeko created Mental Disorder, his “pathological” label/laboratory, in 2003 under which he has released 12 works of ever increasing quality. The latest (The Day After, 2010) received a wonderfully warm welcome as one of the best releases in Hispanic Techno of the year. Artists such as Gennaro le fosse, Pacou, Oscar Mulero have collaborated with his very personal label.

Next came the label Evidence in 2005, where he opens up to his passion for the darkest and sickest part of the human mind. He looks deep within the human psyche where most of us would never go or dare explore. That is where the laconic, aggressive and totally sweeping sound that characterises him stems from. Reputable artists who have published with Evidence are Function, Paul Bailey and Trolley Route, to name a few.

He has received great praise for his collaborations with the Humano project and the Belgian label MusicMan, home of the purest of European techno. During this last decade, his most outstanding performances have been in Awakenings and Monegros 2005, Aquasella, Tresor and his Brazil tour of 2008.

The story so far reaches a climax when Reeko joins the cream of techno: the Pole Group, formed in 2008.

Reeko finds himself, unexpectedly but deservedly, among the elite of Hispanic techno.

Meryt About His Choice:
Reeko’s work has always been an inspiration for me. Each track tells so much history that expresses dark minimalist athmosphere within. Exactly that draws my sound too. I really like to hear his Track’s and prefere to play it myself.