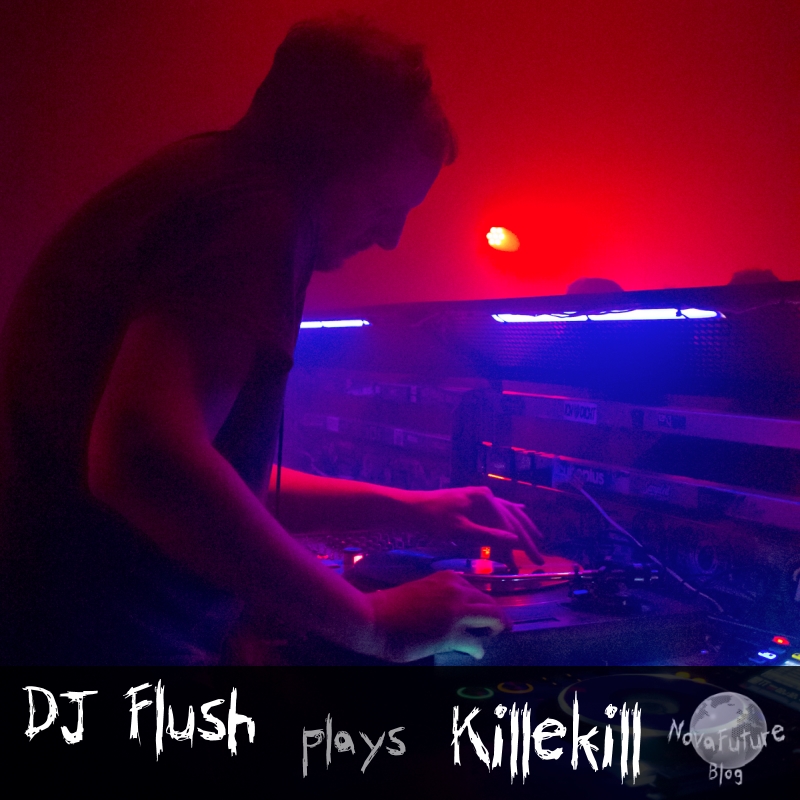 About the concept:
Here is the sixty-first instalment of our series “abc plays xyz”.

Find links to all instalments at our overview. Today we present you DJ Flush’s mix of tracks released on his label family Killekill.

About DJ Flush:
DJ FLUSH is the main man behind the label Killekill. As a dj as well as a label owner and promoter he has been exploring and pushing the borders of electronic music for over 20 years now. Typically built on a solid base of acid, jacking techno and Chicago house, his dj sets are dense and intense and he manages to hold the thin line between being there for his audience to make them rave – and educating as an innovator.

About Killekill:
KILLEKILL is a Berlin based company promoting music and events since June 2008. It began its journey as a weekly club night at Berghain Kantine. The ominous towering form of the ex-power plant setting the perfect scene for what was to come. The club-nights featured experimental live electronics, mesmerizing visuals and distinctive artwork courtesy of artist Flexn… Word quickly spread: There was a new crew in town and they meant business.

It was not long before the Killekill team shifted their attention towards creating a physical platform through which they could spread their sound across the globe. Thus, Killekill Records was born.

In keeping with the ethos of the club nights, the label sought to forge a new sound, its own sound. Each release combines a love for things new and old – merging the past and future, featuring a choice-selection of classic analogue cuts reminiscent of the early 90’s Sheffield bleep sound sit alongside cutting-edge atmospheric techno, hand-carved from pure static.

It should come as no surprise that each vinyl quickly found its way into record bags of some of the most-respected names in today’s electronic music scene. Aphex Twin, Surgeon, Rob Hall, Luke Slater, Blawan, Perc, Norman Nodge and Phil Kiernan are but a small few of the many artists who have supported Killekill in events across the world. Not one to be blinded by success, founder Nico Deuster and the Killekill team remain as dedicated to their sonic investigations as they were on night of the very first event; each release uncovering the previously unknown, following a jagged path, deep into uncharted sonic territory, whether it’s techno, acid, electro or abstract electronica. Following this idea, KILLEKILL has also kicked off the KRAKE FESTIVAL in 2010, a Berlin based festival for experimental dance music, as they call it.

2016 sees the team continuing to ignore boundaries set by record sales, trends and genres and taking it to the next level by starting several new labels.

Stay tuned for our future!

DJ Flush About His Choice:
this is the Killekill mix to celebrate the 10th anniversary of Killekill and DJ Flush’s birthday