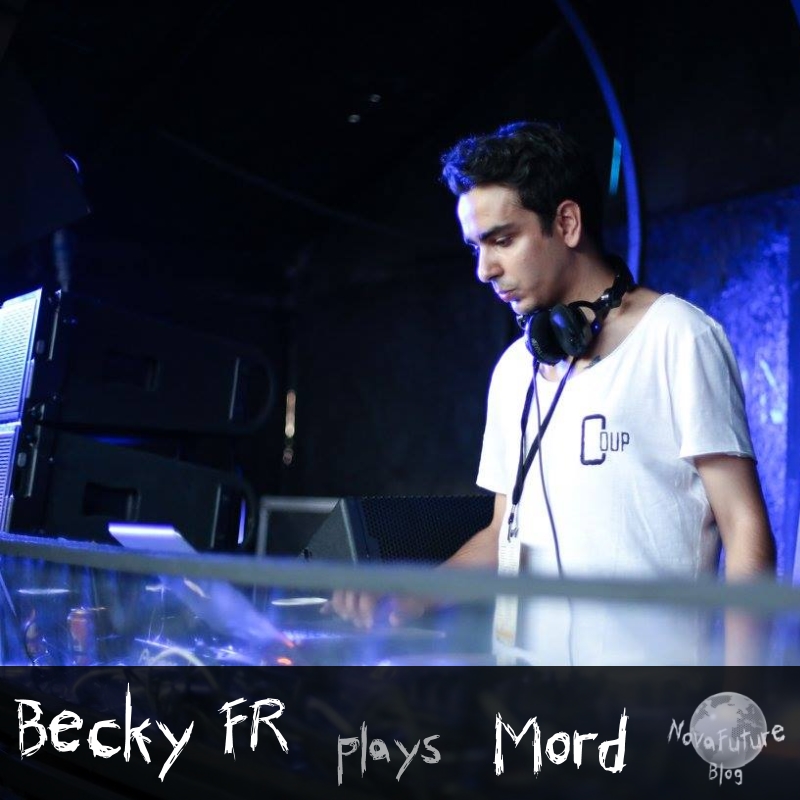 About the concept:
Here is the fifty-fifth instalment of our series “abc plays xyz”.

Find links to all instalments at our overview. Today we present you Becky FR’s mix of tracks released on label Mord Records.

About Becky FR:
Becky FR has found more and more pleasure in creating eclectic sets focusing on techno with a touch of house and everything in between. His sets are aggressive, provocative, seductive based on raw passion and beauty. He is one of the co-founders of COUP collective as well as Mr President and a former resident DJ at the radio FG 93.7. He has shared the stage with names including Rodhad, Tiga, John Digweed, Ame, Adriano Canzian, Etapp Kyle.

About Mord:
Mord is from Rotterdam.

Mord is short for Morderstwo.

Mord is a label project by Bas Mooy.

Becky FR About His Choice:
When I first met techno, it was almost the same time as I heard Charlton’s Chaotic Behaviour EP. I was captivated by the whole EP and started to follow MORD releases and admired every single track released in time. MORD releases often offer the possibility to create a certain hypnotic atmosphere as well as aggresive beats.