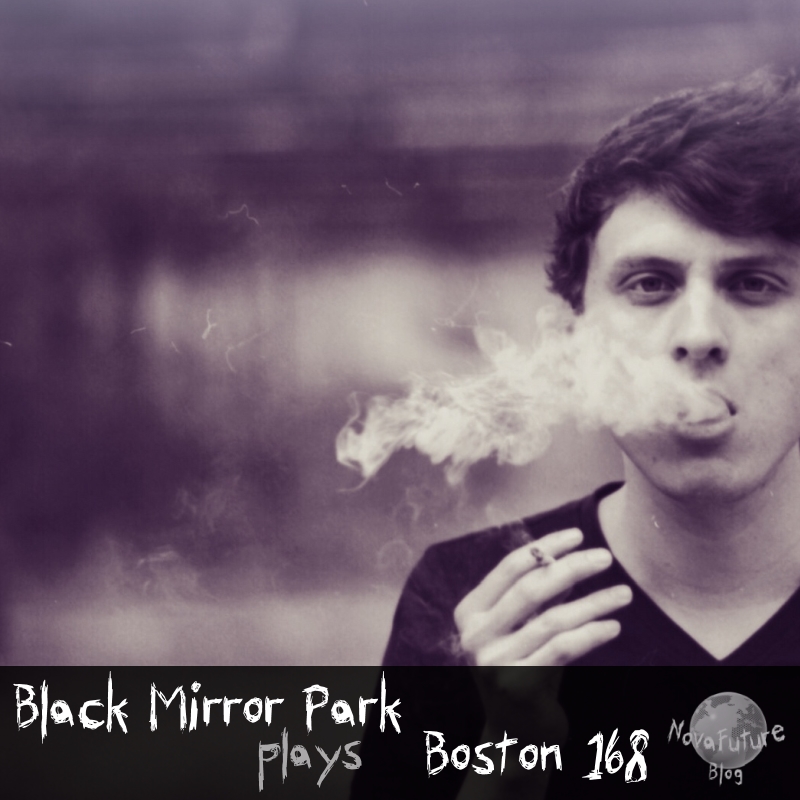 About the concept:
Here is the forty-eighth instalment of our series “abc plays xyz”.

Find links to all instalments at our overview. Today we present you Black Mirror Park’s mix of tracks produced & remixed by Boston 168.

About Black Mirror Park:
Black Mirror Park started playing records a few years ago and quickly founded the Sonntagsinstitut Collective as a platform for him and his friends. After three intense years and various events at venues such as Mensch Meier, ://about.blank and Arena Club, they’ve decided to slow down a bit. So here he is with lots of time to shop for new records and play a few intimate gigs, which is frankly all he could wish for at the moment.

About Boston 168:
Along a surface, within the empty silence of an abandoned setting, the factory noises still echo: in the beginning was the production line, then the working class of the consumer society, lastly machines and robotics as workforce. So in those factory cities, in Michigan as in UK and in the Italian motown Turin, the industrial plants have been occupied by the rave subcultures, the mechanical noise replaced by the sound of techno. Now the plants have become sound venues, and getting involved with techno can be seen as a search for a meaning for the kids who grew up in that industrial setting. In Turin, industrial and musical manufacturing city, Boston 168 is born, formed by Sergio Pace and Vincenzo Ferramosca, an analogic duo that through sound production aims to redefine a peculiar field of the electronic sound, Acid Techno. Boston 168 is a laboratory of sound crafting: Sergio Pace and Vincenzo Ferramosca are two electronic researchers, who have spent years working on vivisecting sound in order to create new solutions for the techno substance. In 2010 the two young producers co-found Old and Young label: a combination of the experience of Gambo with their fresh point of view in order to redefine the basis of techno. The two young producers start working on their live set: as a result, they irradiate with cosmic warmth the dawns in warehouses, ex-industries and clubs, taking their audience on techno voyages at traditional speed, looking for new gravity spaces and sound blackholes. Sergio Pace and Vincenzo Ferramosca’s meticolous work mixes up the acoustics of the traditional machines which made the history of techno, Roland Tr909, tr707, Moog Mother 32 and other technological hardware. The feedback of the international techno community is huge: Boston 168 publish on different labels such as Enemy, Involve, Oddeven, their live showcase travels to France, Italy and around the Europe. Oblivion EP, Black Hole EP have a huge outburst on Decks.de and stay at first place on Beatport’s techno chart for weeks, the tracks Terror Acid and Acid Morning are played at Berghain. Boston 168 is working on the new EP on Attic Music, the Italian techno label curated by Fabrizio Lapiana. Two scientists and a live set for a new dawn of Acid Techno.

Black Mirror Park About His Choice:
I love 303-based music in all forms and shapes, be it Electro, Acid House or Oldschool Techno. For me, Boston 168 have been the vanguard of the 21st century acid renaissance in the field of Deep Techno. Since their perfect „Black Hole EP“ on Involve back in 2015, I have been admiring their consistency in quality and soundscape. Even if I have to admit that the spectrum of their sound is rather narrow, for me, this is no drawback. Focusing on a certain aspect of Techno and developing a unique expression in this field is what I call aspiration. Boston 168 are one of the very few artists of whom I could blindly buy any new release without being disappointed.