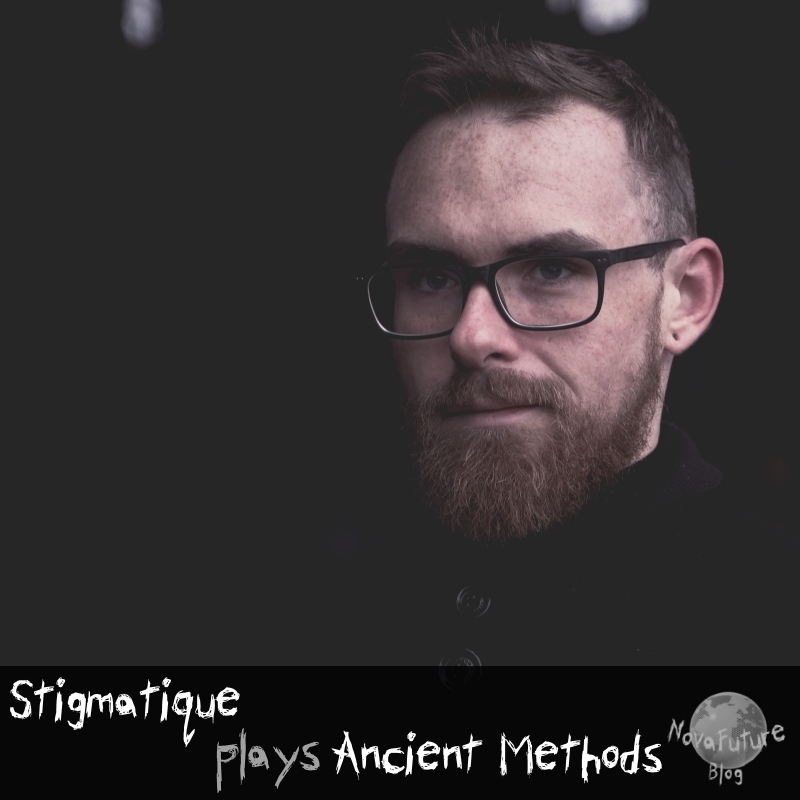 About the concept:
Here is the thirty-nineth instalment of our series “abc plays xyz”.

Find links to all instalments at our overview. Today we present you Stigmatique’s mix of tracks, collaborations & remixes by Ancient Methods.

About Stigmatique:
Born and raised in Leipzig, Stigmatique is not an unknown name anymore in the local music scene. He played at well-known clubs such as the Distillery, the oldest techno club in East Germany, and Institut Für Zukunft, which is an important part of the Leipzig and techno scene in general since over 4 years.

Stigmatique’s music is dark, spherical, raw and energetic influences characterised by, which go hand in hand in the constant change and harmony. His sets feature whiptail, driving but also spherical break-tones and rhythms, that pull the listener into a rousing sound world.

Almost one year ago the 27-year-old artist also started with the production of own stuff. In winter 2017 he founded with his very good friend and musical partner JANEIN, a label which is called SEELEN. With the release of their first record, they set new standards for techno in all its multifacetedness in Leipzig and environment.The meeting of old techno warhorse like Mørbeck, the French Marla Singer and the SOMA artist SLV provided with newcomers for making a splash in the German club scene. SEELEN. is and is not a fluke and therefore you can look forward to the next releases of this young techno label.

About Ancient Methods:
There’s something about the fearsome crunch of Ancient Methods’ sounds that defies dry technical description and demands that you go over the top, whether in talking or by moving to it.

Which isn’t to say he makes headbanging music – the “funk” part of his pitch-black-techno-war-funk is as important as anything, and his tracks have a healthy dose of bump’n’grind running throughout them, even if that grinding is as much angle-grinder as bogling.

The raw edges, thick-layered sound and general old-school soundsystem-in-an-industrial-building kick has leapt out amidst the minimal orthodoxy, creating a massive buzz over a few beautifully marbled pieces of vinyl with medieval etchings on the labels, prompting suggestions of a new industrial forward movement in the techno scene.

Stigmatique About His Choice:
There could be only one choice and that was Ancient Methods. Being one of the pioneers in the German industrial scene he also got his recognition in today’s techno scene and club scene. His sound is characterized raw, mechanical, dark, experimental and distorted sounds with vocals very well arranged and deliberate. It describes a distinct sense of industrial and techno. With releases such as “Seventh Seal”, as well as many other tracks and remixes on labels such as his own imprint Ancient Methods or Token, Hospital Productions, Aufnahme+Wiedergabe he set new standards. He has shaped myself as a producer and DJ, and that’s why my choice is Ancient Methods.