Tracklist:
01.
Mark Reeder With The KVB
In Sight

07.
Inspiral Carpets
You’re So Good For Me
(Like A Sonic Tonic Remix)

12.
Mark Reeder & Maja Pierro
If You Love Me Tonight
(Mark Reeder Will Love You Tomorrow Remix)

Press Info:
Mark Reeder returns with a new album ‘Mauerstadt’ after the success of his impressive 80s documentary film ‘B-Movie (Lust & Sound in West-Berlin 79-89)’. Mauerstadt is a collection of collaborations he’s created with both new and established artists, Queen of Hearts, Maja Pierro, The KVB, Ekkoes, MFU, The Inspiral Carpets and New Order.

Mauerstadt begins with In Sight, Reeder’s songwriting collaboration with The KVB, an English duo living in Berlin. The KVB have been enjoying well-deserved international success, and recently Reeder remixed their song ‘White Walls’ off their acclaimed album: Of Desire. In sight, is a dark and threatening synthpop track with a haunting message.

Queen of Hearts, is a project fronted by vocalist Elisabeth Morphew, she has previously worked with Reeder, who originally wrote these two songs for her first highly sort-after debut album Cocoon, these Mauerstadt versions are special reworkings of Suicide and an extended mix of United.

Heartbreaker Maja Pierro is the Swedish wife of Italian synthmaster Raiders of the Lost ARP. The two songs featured on Mauerstadt reveal her emotional vocal style that almost anyone can sing along to. If you don’t love it tonight, you will love it tomorrow.

Reeder’s hometown of Manchester is also fully represented on this album by three bands, beginning with the duo MFU (also known as Modern Family Unit). Their mutual friend and former Hacienda DJ Dave Haslam, brought them together for this extraordinarily saucy remix of Mmm Mmm Mmm Ahhh. Reeder added his mysterious touch and a belting groove to it.

The next Manchester band are legends of the rave era and are represented with their track You’re so good to me, this is probably the final song of The Inspiral Carpets with their drummer Craig Gill, who recently passed away. This is a punchy remix with plenty of attitude.

Finally, the most anticipated of all the tracks on this album are the two versions Reeder made of Academic and The Game by New Order.

Reeder’s close relationship to this band goes back over 40 years, Reeder remixed Singularity for which New Order used footage from Reeder’s acclaimed documentary film B-Movie (Lust & Sound in West-Berlin 79-89) for their video and live shows. Mauerstadt (the Album’s title track) is also featured in this film and it’s presented here, in its extended version.

New Order’s Academic, which was remixed especially for this album, becomes a pulsating synth-slammer, while the closing track, The Game, becomes a down tempo, melancholic and emotional ballad, with tons of sweeping strings, all held together by Reeder’s dark and throbbing bass guitar. This version was also the inspiration for their two unique Sydney Opera House concerts with the SOH chamber orchestra, at which Reeder performed as opening DJ.

The album title Mauerstadt means walled city and it is a reflection on the walled-in city of West-Berlin, and how that political situation confined an entire city and divided a Nation, but at the same time, it also liberated many of those who lived within its walls. The fact people were walled-in became the main creative force behind the Berlin of the 80s.

Under the current climate, the album reflects the times in which we live, as it has become even more apparent that nations and people are building walls again, maybe not actual physical walls, but mental barriers too, dividing people, gender, nations and religions.

This album is a mixture of styles depicting Reeder’s ability to move over different territories while remaining within a similar framework. This album draws your attention towards openmindedness and the need to break down the walls inside your head. 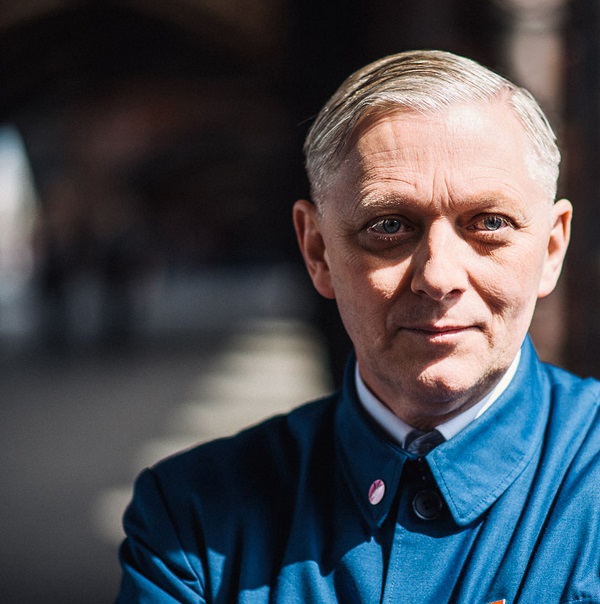