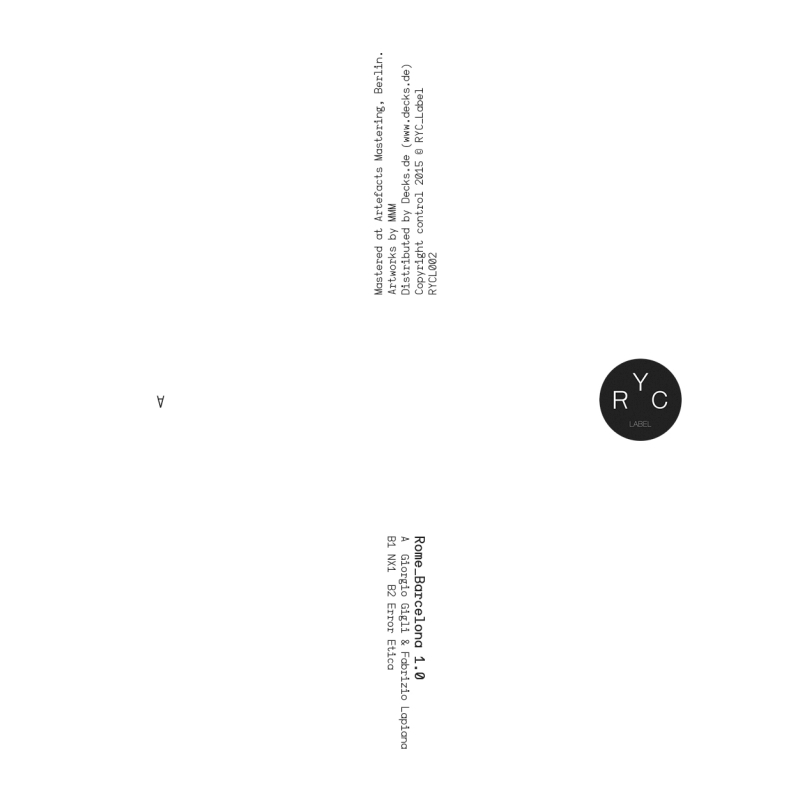 Press Info:
Originally a weekly broadcast radio show on the Dutch-based XT3 Radio, Reclaim Your City (RYC) gained its reputation as a highly acclaimed podcast series with its headquarters in Berlin. Since 2012, over ninety podcasts have been published from some of the biggest names in contemporary techno, Jeroen Search, Adriana Lopez, Jonas Kopp, Max_M, Svreca, Sleeparchive and Edit-Select to name a few. With such success through its podcast series, RYC has decided to take matters to the next level and establish a label using its powerful concept as a platform.

Constantly gaining momentum and strength, techno epicenters have erupted from under the surface showcasing talent from across the globe. With each release RYC will exhibit two influential cities in the underground techno sphere by carefully selecting two artists from each region who exemplify modern style as well as the vision of RYC. In combination with a strong passion for art, each release will feature original artwork based around minimal and obscure atmospheres influenced by the architecture of the featured city or region.

Bringing us the first track on the EP is techno mainstay Giorgio Gigli, which is well known for his deep, evocative soundscapes and huge releases on labels such as Electric Deluxe, Zooloft, Prologue and M_Rec Ltd. He joines forces with Attic Music founder Fabrizio Lapiana, distinctive for his precise and intimate techno flow. “Light Storm” is a long techno track which takes you on a journey of horizontal, metaphysical and stratospheric connotations.

Starting the B-Side you will find a heavy hitter by Nexe Records owners NX1. “RC1” a techno heavyweight determine to kill the floor by a drop of the needle.The final track of the EP by Error Etica, “Dune” reshapes bassline and kick into an original arpeggio, adding effects and peppering the track into a heavy cut of nononsense techno.

Again a new collector item for your bliss.